<< Back to Blog
water treatment plant

Plug and Play Dredging: how to Move Sediment to the Drying Bed

Got a minute?  Watch a one minute video of the plug and play SD-110 Rotomite dredge in the Philippines.

"Plug and Play" is a catchphrase of USB computer gadgets, representing equipment that can be connected to a system and used immediately.  No system configurations;  no drivers;  no troubleshooting compatibility.  In the modern world of plug and play, rapid system deployment is more than a feature - it's an expectation.

The dredging world is subject to these same expectations. For example, in the Philippines, a city water plant had settling ponds filled to the brim with sediment. The low capacity severely restricted their ability to process water. The solution was a “plug and play” dredge: the Rotomite SD110 from SRS Crisafulli, Glendive, MT.

A self propelled diesel dredge excels in rapid deployment. No need to configure for foreign electric standards. No need to install a cable traverse system or run three phase power lines. No need to rotate or side shift a floating dredge that’s encased in mud on both sides and can only excavate material in a straight line in front of it.

The Rotomite SD110 can float in 17 inches of water and turn as it dredges. A spinning propeller in shallow water stirs up a lot of mud. Muddy water is a cancer to water cooled outboards but has little effect on the SD110’s sealed hydraulic thruster. Paddle wheels seem like a natural choice in shallow situations, but their bulk outweighs their effectiveness. Turning a long dredge body with paddles is cumbersome, and in deep, soft mud any added traction will be lost in added drag.  The SD110 gets 500lb of thrust from a 12 inch prop assembly, which can quickly apply full power in forward or reverse in a 180 degree arc. The result is excellent maneuverability, even when pushing against mud and dragging along a floating pipeline.

All these features were critical at this Philippine site. The sludge was destined for drying beds south of the pond, so the logical approach was to start dredging on the south side. Production is best with a shorter pipeline. However, the only spot with even a token water depth was by the pond’s north end intake. The dredge would be inserted with mud on all sides and any movement would have to be in a canal of its own making. 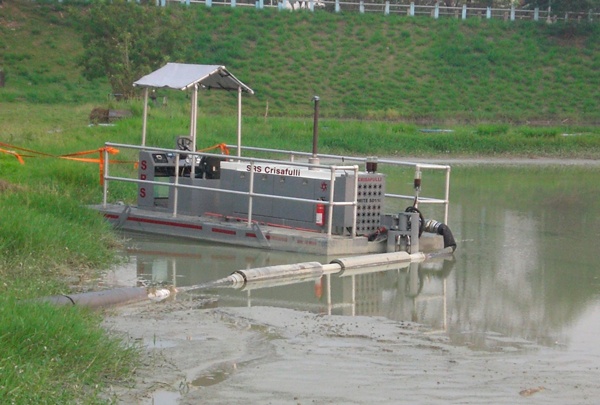 Image 2: Rotomite SD110 floats in the pool it has excavated, first day Dredging

Floating discharge line was connected to the SD110 before the crane picked it up, and dredging began the moment it set down. Due to the water shortage, the discharge was dumped back into a different section of the pond. That allowed solids to settle out and water to run back and fill up the hole being excavated. Within a few hours enough material was removed to let the dredge turn in any direction and dock up against the shore. One day later, the SD110 had channeled its way to the south shore and had begun filling the drying beds.

Dredging for Gold in Remote Places